2015 was by all accounts a great year for me personally.  It has been a year starkly contrasting years prior all in good ways.  In the early spring I found myself growing tired of my typical metal fodder but was too preoccupied to seek out something new to satiate it.  In the past I've successfully explored other genres and
enjoyed decent results.  I spent some time exploring what everynoise.com had to offer which led me to a stint enjoying Zeuhl & prog bands of the 70's and early 80's.  Then Beijing opera music of the early 1900's fell into my lap by way of my significant other, and it immediately scratched my itch in a new way.  I began plowing through time periods, genres and vast geographies of music from all corners of the globe and it yielded highly entertaining and fascinating results.  From the ritual Nat Pwe music of Myanmar, tribal music of the western congo, 80's khmer pop music from Cambodia, Thailand rock of the 60s, I could go on and on.  This had so significantly changed my listening habits that I had to take a step back.  After some pondering I decided that it might not be right to do a year end list since I was focusing so heavily on this new and exciting music.  But alas, I was asked to do my list again and I thought why the hell not.  Overall I found that this years list came together with an expected amount of difficulty.  I had very little problem deciding upon my top ten favorites, but found that there were so many more extraordinary releases that I couldn't bear to ignore, so I settled upon doing a top 20 with some honorable mentions. 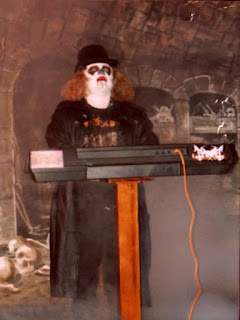 Bensmasher
I like to share my opinions on music with other people. I write mine down because I like it when people do the same for me. If you're here looking for MP3s don't bother, I don't have any here. You know how to find them, and I don't care to help you do so.